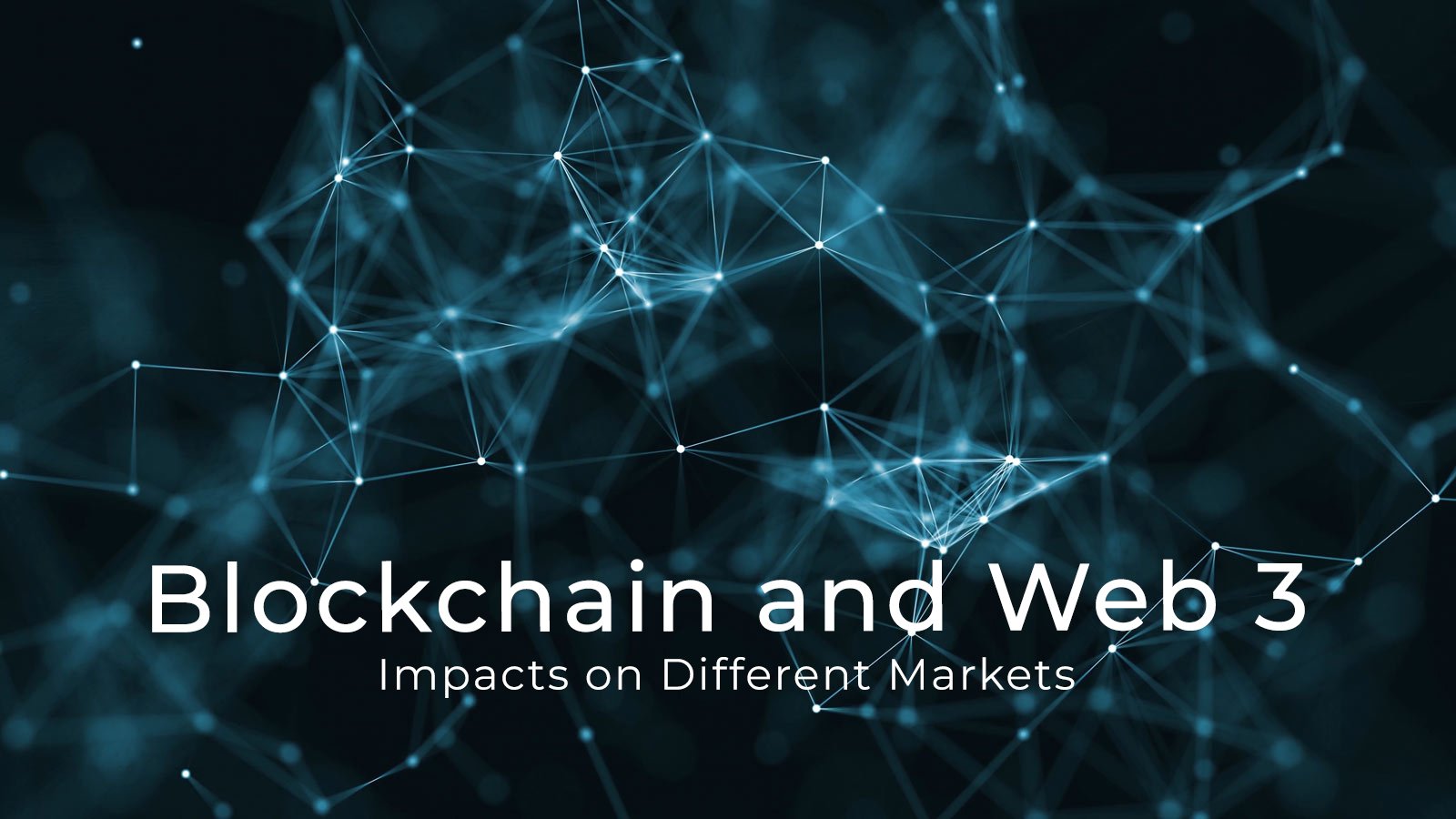 Blockchain and Web 3 are defined differently by various industries and professionals. Web 3, as described by Coinmarketcap, is an internet in which data is connected in a decentralized manner. Forbes claims that Web 3.0 will make the Internet more equitable by giving users more control over their data and experiences. True independence requires determining who benefits from one’s labor and knowledge.

These definitions agree on one thing: the focus of Web 3.0 is on its users and the value of decentralization. Web 3.0 allows machines and users to collaborate by sharing and modifying data; however, this can only be achieved if computer programs can grasp the concepts and contexts behind shared data. In this light, we can discuss the foundations of Web 3.0: the semantic web and AI. Blockchain technology, decentralized protocols, and cryptocurrencies power Web 3.0, ushering in the next phase of the internet revolution in which users hold the reins of power.

To prepare for the most disruptive technology of our time, Web 3.0 will alter how businesses function and internet users interact with the digital world. Blockchain, a key component of Web 3.0, will be examined in detail here.

Models that are both private and anti-monopolistic can be found in Web 3.0. The incentive for centralized platforms to keep users’ data under their control is diminished. There will be a transition in which decentralization and individual privacy take center stage. Given that in Web 3.0, users will have complete control over their data, and there will no longer be any tech monopolies, data privacy violations will be extremely rare.

Web 3.0’s decentralized and distributed design makes it significantly safer than Web 1.0 and 2.0. Web 3.0 makes it extremely difficult for hackers to penetrate networks without their actions being logged. Also, users will have control over their data, which was previously the property of tech companies. All information sent over the network will be encrypted at rest. Users will have control over the data they make available to businesses and ad agencies and may profit from doing so.

Interoperability is another consideration. Users are no longer limited to a single platform thanks to Web 3.0’s cross-platform data access capabilities. In other words, you won’t need to worry about using Web 3.0 on some devices while others can’t. Lastly, Web 3.0 relies on permissionless blockchain technology, eliminating the requirement for a centralized server. Users with valid addresses can join the network and participate in its activities. This will make it impossible to discriminate against users based on their gender, socioeconomic status, sexual orientation, physical location, or other social factors. In addition, it will facilitate the rapid and cheap transfer of digital assets and wealth across international borders.

Blockchain and Web 3 In Different Industries

Although blockchain Web 3.0 could impact many more sectors, we’ll focus on some leading industries here. Anybody can start of their Web3 journey. This can be done in two ways, starting your venture from scratch in web3.

Let’s have a look at the different industries here.

Financial decentralization, also known as “Open Finance,” is a $55 billion industry, and digital currencies have established themselves as an international medium of exchange. The Central American nation of El Salvador made history by adopting Bitcoin as its official second currency. By making banking and finance more decentralized and handing control back to its users, DeFi is hard at work on a revolutionary new system. Web 3.0 may also pave the way for retooling the banking system necessary for digitalizing currencies. Blockchain signatures could also be used to ensure the safety and reliability of trading in securities and other tradable assets, enabling trading to take place continuously.

A distributed ledger is a useful tool for land titles and resource management. Satellite images, computer vision, and public records could form the basis of a worldwide blockchain registering property ownership. The transfer of a digital certificate streamlines the buying and selling of property. Web 3.0 will facilitate the buying and selling of property in thriving economies, saving buyers and sellers time and money. In the developing world, this can make a difference for people who have lived on the same land for generations but do not have a title.

Since the early days of the World Wide Web, tech enthusiasts have longed for the day when they could vote electronically. Web 1.0 and 2.0, however, lack sufficient tools for establishing user identities, avoiding vote duplication, and blocking malicious activity. Independent, verifiable digital identities are made possible by technologies like blockchain, AI, and facial recognition/biometrics, which help to solve these problems.

With the rise of the Internet and the popularity of Web 2.0, more and more commercials can now be found on the web. Unfortunately, for your personal information and time, this gives businesses a reason to collect and sell user data. In addition, bad actors commit online ad fraud when they use bots to fake impressions and clicks, resulting in the payment of advertising fees for non-converting traffic. To help, Web 3.0 tools put control of personal data back in the hands of users, so they can decide whether and how to make it public or commercially available. These new technologies will also reduce the prevalence of ad fraud by linking user verification with ad impression and click data.

Despite controlling a great deal of user information, centralized cloud storage services like Google Drive and Dropbox are vulnerable to attack and prohibitively expensive. Instead of keeping everything in one place, a decentralized network might be the best option. This is made possible by the redundancy and decreased attack surface provided by encryption and file-sharing methods. As Web 3.0 develops, the decentralized nature of its infrastructure, including the processing power of network nodes, will become increasingly important.

A blockchain is an attractive option for storing information due to its robust security features. In addition, if you agree, your healthcare providers can share your records. As wearable technologies and sensors increase, people will soon be able to update their health records in real-time by recording their data directly on the blockchain. Then, AI algorithms can advise when it’s time to go to the doctor.

Social Networking and Other Entertainment Forms

An encrypted distributed ledger could be useful for any service that needs users to log in and provide personal information. Automated systems already suggest new activities, media, and potential new friends. Further, the Internet of Things (IoT) in the physical world, together with AR and VR, has the potential to alter our online and offline interactions radically. Web3 can altogether change the way traditional streaming platforms work. In web3 streaming platforms, no middlemen are required. Thus the creator has full control over their art.

Artificial intelligence can be taught to analyze claims and risks individually. Claims can then be submitted and processed automatically by blockchain smart contracts. You could pay your car insurance daily, or even hourly, with a higher premium when you’re sitting in traffic and a lower premium when your car is parked.

The distributed ledger created by blockchain technology could greatly improve the visibility of the production process. In addition, the blockchain ledger can be kept up-to-date by the Internet of Things (IoT) sensors embedded in the product at each stage of production and distribution. Both benefit when consumers and businesses can see how their products are made from start to finish.

With Web3, a centralized marketplace’s role in connecting buyers and sellers will become obsolete. Instead, open platforms allow for direct vendor-to-consumer sales.

Web 3.0 implementations improve in tandem with the development of the blockchain industry. Many more people are coming around to the idea of a decentralized future as more and more use cases emerge.

How to Build a Crypto Exchange Platform

How Web 3 can Boost the Digital Era

November 30, 2022
Trending
How to Get AdSense Approved Quickly

Get instant notifiers about the latest trends, news and tricks and technology hacks! 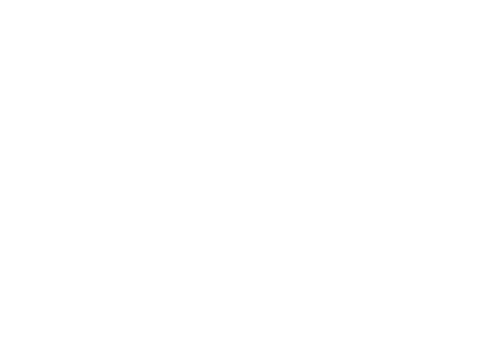